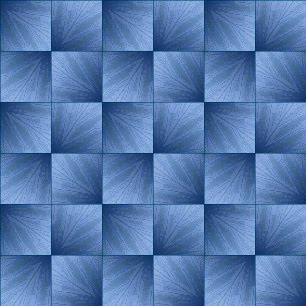 Returning to work on the Florilegium I decided to use details or elements of the scanned leaf prints to create geometric patterns. After a number of experiments exploring the possible variations I discovered I had created an image that was creating optical illusions. Horizontal rows appearing to coverge on alternate rows! I printed it out, but the illusion had dissapeared. It worked in InDesign, but not in print. Returning to the InDesign document I realized the on-screen version was displaying the image box strokes. Changing these to a colour that represented a midpoint in the image, it worked in print as well. Further investigation revealed I had re-created what is known as the "Cafè Wall Illusion", as described by Professor Richard Gregory.
at December 30, 2009