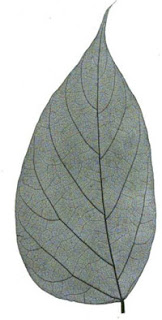 I am currently working on my text to accompany 'Florilegium Solmentes', a project inspired in part by Roderick Cave's forthcoming book Impressions of Nature. In this fascinating and comprehensive history of nature printing an unexpected topic arises – plagiarism. In his chapter 'Industrial espionage: the case of Henry Bradbury', Cave introduces an unfortunate pioneer of 'nature-printing' in nineteenth-century England.

Bradbury's father was a partner in Bradbury and Evans, printers and publishers of Punch and Charles Dickens among others, as well as some noteworthy volumes of nature printing. One of these was the four-volume Nature-printed British Sea-weeds, by William Grosart Johnstone and Alexander Croall, 'Nature-printed' by Henry Bradbury. Completed in 1860, the editors pen a lively Preface to the final volume:

'The quaint old writers of the sixteenth century were wont to chat sunnily and lovingly, through page upon page of "Preface" addressed to the "Courteous Reader," or "Kind Reader," or "Honored Reader," or, kindliest and gentlest of all, to "Dear Hearts," until he had been as the stone who went not with a "God bless you" to the perusal of the book so goldenly, and not without spice of wit and wisdom, and deftest deprecation, introduced. Alas! that the days of such "linkëd sweetness, long drawn out" in Prefaces, are vanished; and doubly alas! that no Elia! no Robert Southey of "The Doctor," has written their epicedium. And yet the Editors of "The British Algae." on concluding (for the time) their Book, feel greatly inclined to imagine the clock-of-time put back a couple of centuries, and to gossip and chat in old style with their "Courteous," "Kind," "Honored" Readers and "Dear Hearts" as in olden time. . . . Ah! thou "Athenaeum" critic how could'st thou flout and sneer against lily-handed maidens so daintily occupied as were the gentle constituents of "The British Algae!" Fie! fie! And, most erudite "Athenaeum" critic, in thy twitting of our letter press as too scientific, thou forgettest three things . . .'

This discovery of the word 'twitting' led me to the OED to find that twitter, has been in use since the fourteenth century: Chaucer, Boeth. III. met. ii. 54 (Camb. MS.) The Iangelynge bryd . . . enclosed in a streyht cage . . . twiterith desyrynge the wode with her swete voys.' Perhaps this gives a little more resonance to the plethora of tweets.

Returning to Bradbury, the young man was a member of the The Society for the Encouragement of Arts, Manufactures and Commerce, and the Royal Institute of Great Britain and frequently addressed both institutions. He was a vigorous proponent of electrotyping and 'his' nature-printing techniques, stolen, it appears from Alois Auer and the k. k. Hof- und Staatsdruckerei in Vienna. I propose to publish Henry Bradbury's talks and the lively correspondence that ensued before he took his own life by drinking prussic acid on 2 September 1860. He was twenty-nine years old. 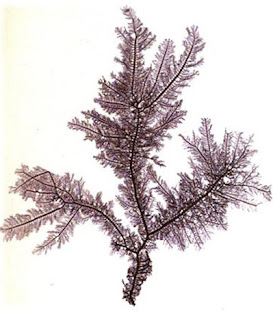 Nature-printed by Henry Bradbury
at February 17, 2010