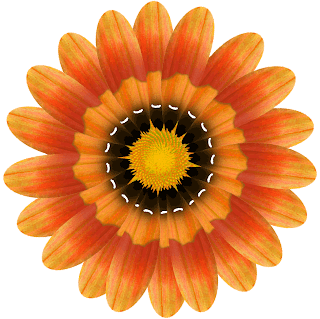 Another gazania flower created using the coneflower petal and center, a companion to: 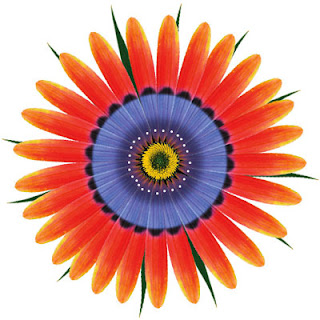 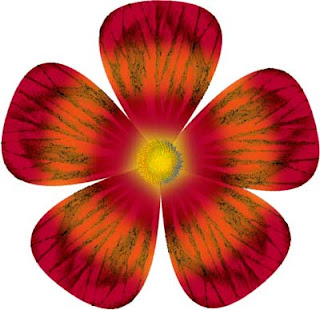 The colouring of the "flax flower" above is loosely based on a rock rose, genus Helianthemum of the family Cistaceae, in this case H. mummularium (common rock rose) of which there are many cultivars. Looking more like a zebra tomato, it does not have the papery petals of the rock roses as these are based Linum narbonense an ornamental species of flax. It was the third flower created in the flax series. 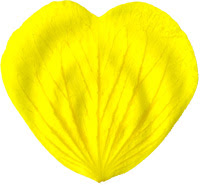 It evolved from a scanned petal of an evening primrose (Oenothera) made in July 2009. 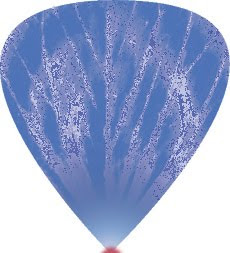 The aim was to create a five-petalled flax flower so modifcation began in Photoshop. By changing the hue and saturation of the yellow petal, adding selective color changes and gradient overlays to achieve the basic "flax blue", the petal shape was cut and further modified: 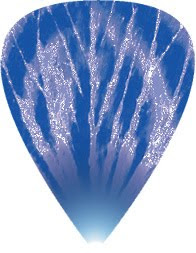 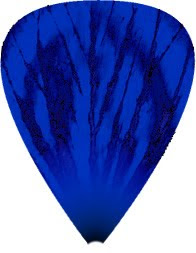 The following modifications were made and then "layered" to create the red petals based on the colouring of the rock rose: 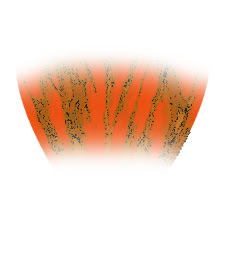 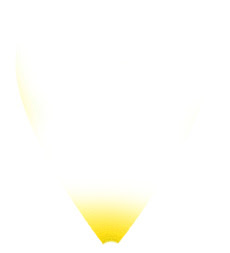 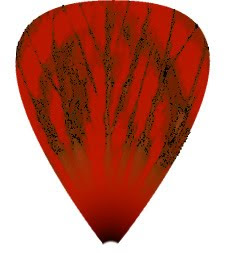 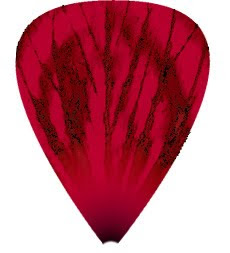 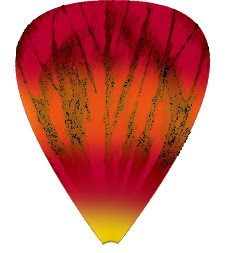 For the center of the flower I used the spiny paleae of the purple coneflower (Echinacea purpuuria) a genus of the Asteraceae family and native of North America. 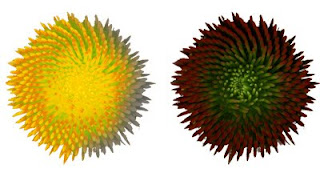 The yellow center is a modified version of one scanned last summer (above right). 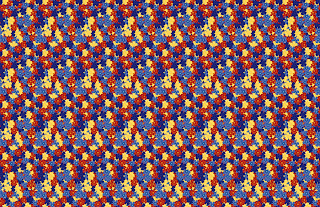 How many units are repeated? Answer: thirty-two (8 x 4). As the pattern is repeated, new patterns emerge and it develops a new dynamic. Click to see a larger version in a new window.
at March 08, 2010 No comments: 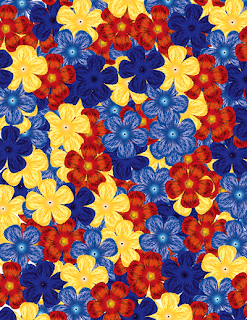 A bed of flowers

This random display of "flax flowers" leads me to think about fabric designs. Changing the hue/saturation of the master pattern is easy to do in Photoshop. What hasn't been done is the alignment of the edge details, so tiling these patterns would yield a rectangular grid rather than an overall blanket effect. Let me see if I can do that, meanwhile here are some other colourways: 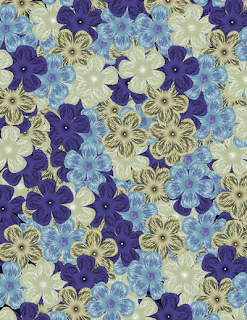 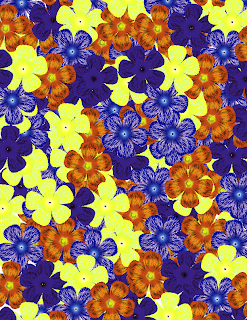 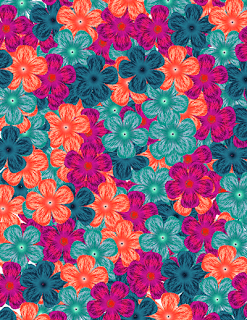 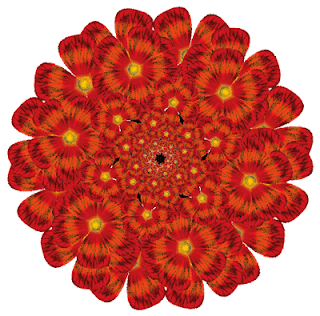 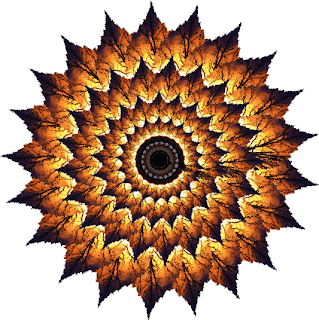 Working again on the Florilegium, mostly editing the text for the accompanying book but also being sidetracked by the Bradbury story (see previous post). I will create another dozen flowers to finish the project and this "Fireflower" is a possible candidate. Using a photograph of a neighbour's burning field as the background to the leaf lends another dimension to the image.

Still searching for the flower that "pulls" you in with an extraordinary and exotic centre, such as the tulips have. Although it is now March, here in Iowa, there is still snow on the ground and it will be some time before we see any new plants, let alone flowers.
at March 04, 2010 1 comment: